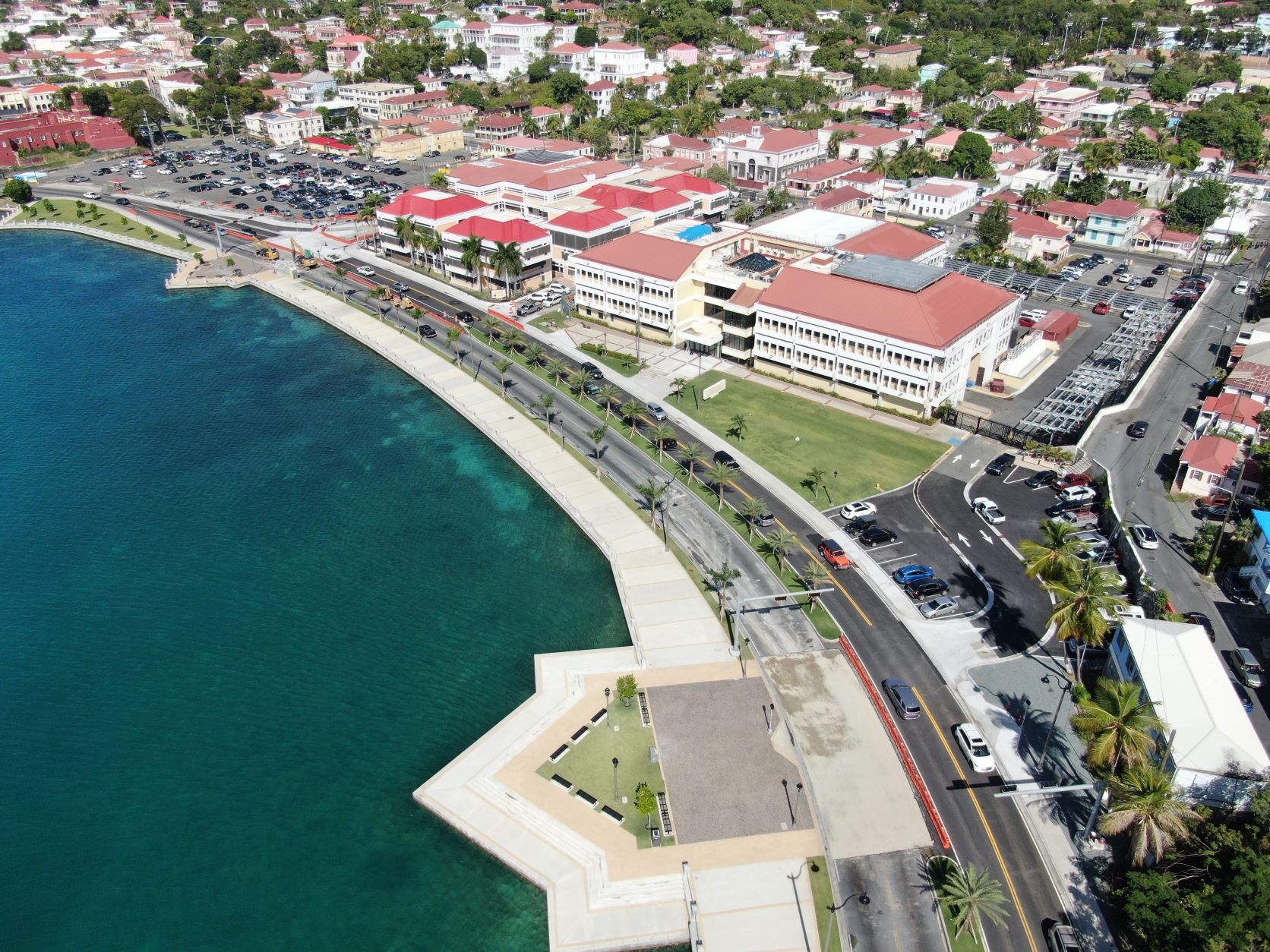 In 2018, American Bridge broke ground on Phase 1 of the Veterans Drive Improvement Project. As the general contractor, AB was responsible for the widening of .46 miles along the Charlotte Amalie waterfront. The scope of work included roadway widening, pavement reconstruction, seawall construction, drainage improvements, lighting, and installation of a new promenade and landscaping.

The AB team worked to overcome several challenges throughout the course of the project. The first challenge began while the project was being bid. In August of 2017, St. Thomas was directly hit by two Category 5 hurricanes that impacted the availability of resources. Another challenge was met with the original seawall design that consisted of 6,600 individual block units stacked in a strict geometric pattern up to 22 feet tall. Preliminary design analysis raised concerns about the original wall design’s ability to meet the coastal engineering requirements as well as constructability concerns due to the strict geometric layout required by the contract drawings. AB submitted a value engineering proposal for 251 individual single-height counterfort wall units with stainless reinforcement that exceeded the coastal engineering requirements and allowed for installation to meet the geometric requirements. In addition, AB helped to minimize environmental impacts through a value engineering change to the counterfort gravity wall. The change minimized the in-water excavation and expedited the wall construction timeframe.

AB completed the first phase of this project on August 2021 with Final Completion anticipated in December 2021. The project has transformed the downtown waterfront area and provided a much-needed pedestrian space for the community to walk, ride their bicycles, or gather in one of the three outdoor promenades. This project is part of a larger revitalization taking place on the St. Thomas waterfront and downtown Charlotte Amalie in the U.S. Virgin Islands.