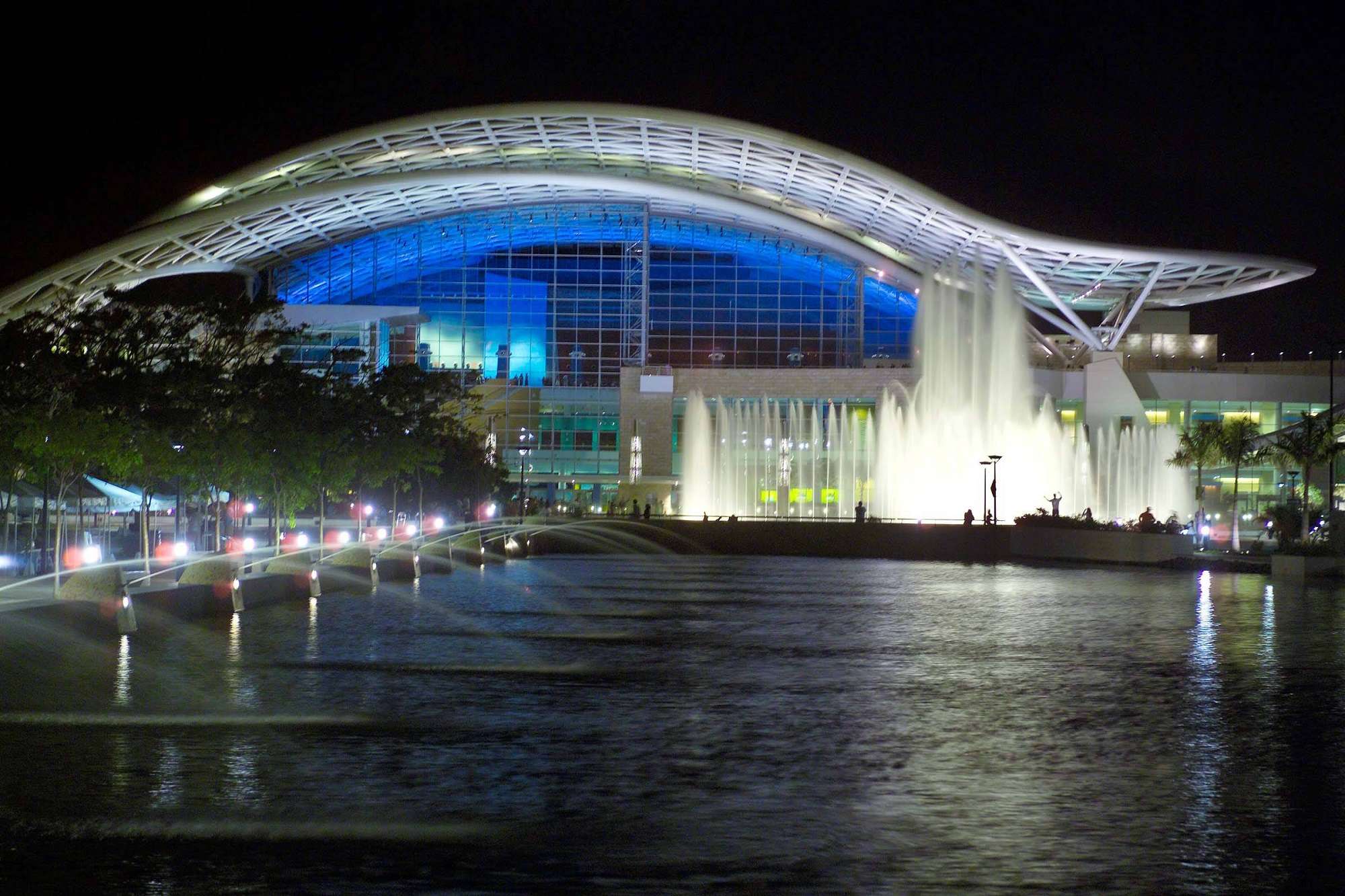 Completed in 2004, American Bridge was the prime contractor for the Puerto Rico Convention Center. AB was involved with the fabrication and erection of approximately 11,000 tons of structural steel work, metal deck and stairs consisting of beams, columns and long span trusses. The “wave” shaped dual roofs of large diameter pipes are architecturally exposed in the front entrance. These pipe arches span as much as 600 feet and are made from welded 60″ by 1-5/8” pipe sections supported by special American Bridge designed falsework. The convention center has 600,000SF, with 150,000SF of exhibition halls, 40,000SF of ballroom space and 40,000SF of meeting rooms and measures 734 feet wide by 550 feet long and 120 feet high.