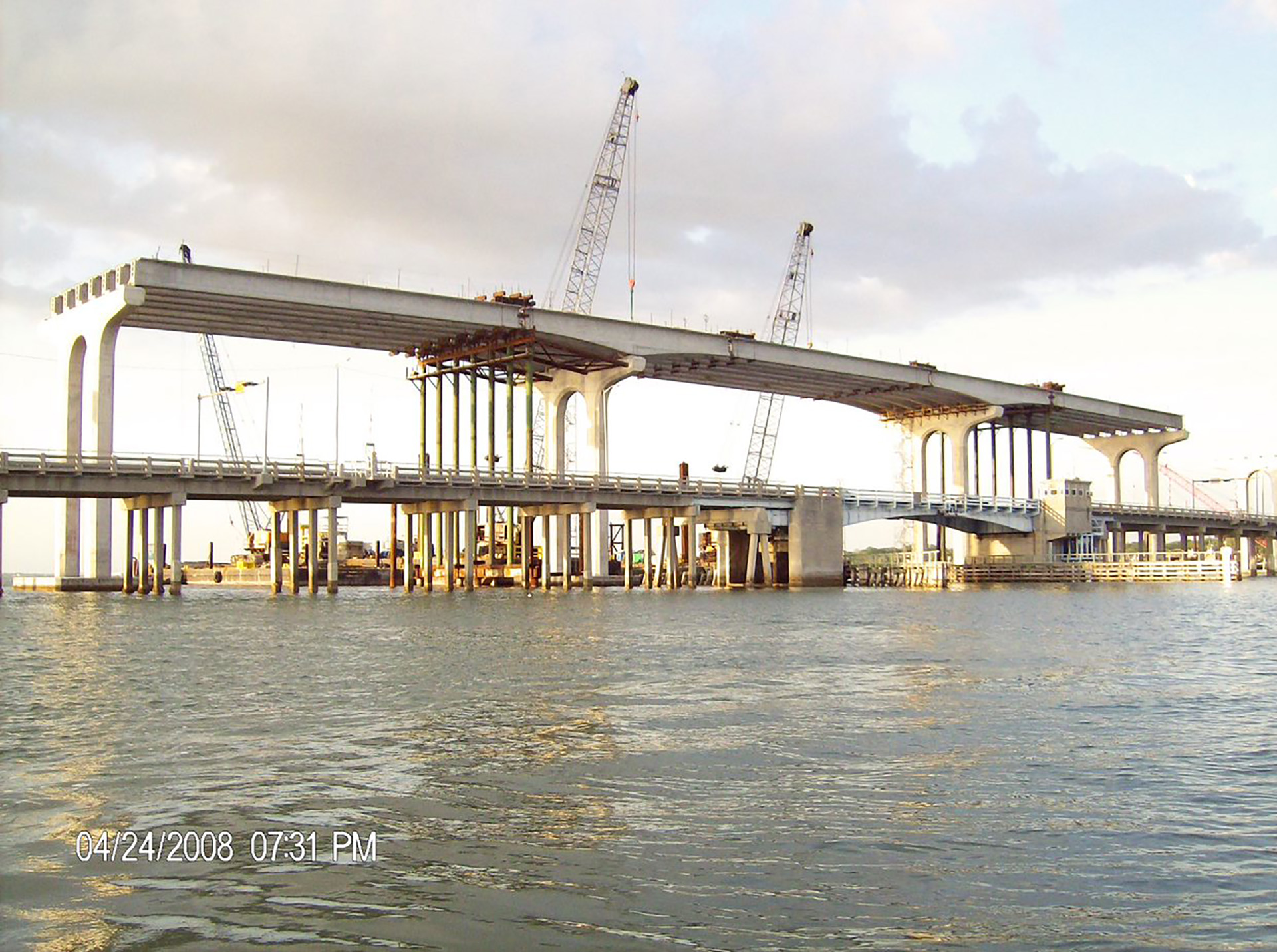 The Belleair Beach Causeway Bridge was ranked #5 of the year by “Roads and Bridges Magazine” and received the annual National APWA Award.

Increasing traffic counts required that Pinellas County and the Florida Department of Transportation replace a 1950’s-era, low-level bascule bridge over the Intracoastal Waterway (ICWW) with a fixed, 75 ft. high-level bridge to eliminate commuter delays. The complexity of the $72-million project, plus its location in an environmentally sensitive estuary bay area, demanded our skill and expertise as well as the post-tensioned incremental launching method, unprecedented in U.S. history.

The conventional cast-in-place design was value-engineered into a precast deck “launching” operation. Installation of 18 spans, precisely curved to where they converged at the midpoint, were pushed from each end of the new bridge to the drop-in section, connected by a 550 LF post-tensioned splice girder system.  The new bridge also features a separate sidewalk for pedestrians and bicycles.
Motorists now enjoy an efficient route to Belleair Beach, uninterrupted by the delays or mechanical breakdowns associated with the old drawbridge.