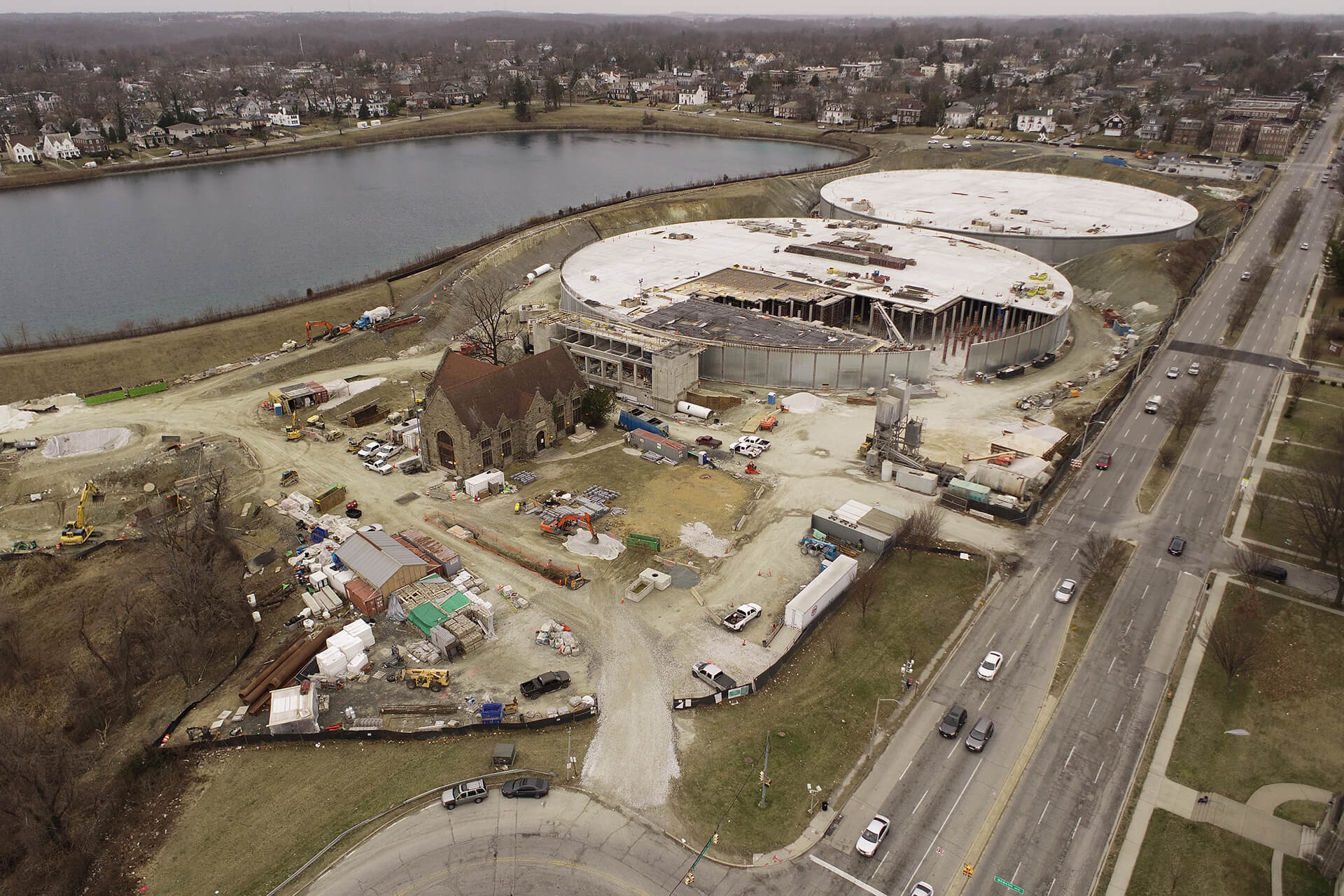 To preserve the high quality and safety of the drinking water system the City of Baltimore is concerting their open-air drinking water lakes to buried tanks. This project consists of two underground 25 MG pre-stressed concrete finished water storage tanks each having a diameter of 434 ft, adjacent to the Ashburton Reservoir at Hanlon Park. There is continuing excavation in both tanks A & B to reach tank subgrade. The work also includes: construction of an operational structure (Distribution Building); construction of various large vaults and construction of various large diameter (48-in, 66-in, 84-in) pipelines. There will also be improvements to Lake Ashburton and restoration of and improvements to Hanlon Park to include a gathering space on the North side of the lake and a playground.